When Will You Draw the Line in Sand for Love

When Will You Draw the Line in Sand for Love

One of the questions I hear a lot is:  How do I know if I met the right man?  What should I look out for?  And we can be scared of falling into that trap of meeting the same man that continues to give you the same heartache.

Believe me, I was there and over a 20 year period of dating men that were jerks and treated me like shit.   I would cry to my girlfriends that “there are no good men” and “they are all cheaters and liars.”

I remember dating Jerry.  Jerry and I met on Match.com.   He was cute and  wholesome kind of guy, kind, caring and we had lots of fun together.  And let me mention the sex was great also.

And he was going through a divorce with a lot of baggage about his ex and failure in a marriage.   He was unemotionally available.   One day he was in love with me and the next day he was scared and did not want a commitment and was not ready for a relationship.  And this went on for over 2 years.  Back and forth.   We would have a great weekend together and then poof!  I did not hear from him again for another month.  I pleaded with him and I told him how I felt and it did not change things very much.  Maybe sometimes for short period.   It was going from being hopeful to feeling like my heart was torn out.   And I would say to my girlfriend:  “why is he doing this to me?”  Does he like hurting me?

It did not make sense from this nice guy.  And as we can see now from the outside looking in, he was not ready.  Even though he told me he loved me.   There were times that he stated he wanted a commitment, but his overall actions did not equal the things he was saying.   And I was caught in his emotional trap and that was where I had to take a hard look at myself and start to be responsible for my part in it.   I was worthy to have the love that I desire and Jerry was not giving it to me.  And no amount of me trying to change myself, or trying to change Jerry was going to have him want me and have a committed relationship with.   He told at times that he was not ready.   But I listened to more of the times that he told me he loved me.   So, it cannot be both ways.   Notice that I was being wishy washy in not being clear in what was important here and I attract a man that is wishy washy.

So, I had to be the one to step up and love myself and break free of this emotional trap.   The inner work.  The stuff that is a simple solution but not always easy to see or to do.  Especially when we have been through a lot of heartaches in our life.  We sometimes get beaten down.  We really want to be in a loving relationship and we can compromise our values to what is really important to us.   And that is what I did in the past.  And when I worked with a mentor to be confident and clear, there was no room for confusion or being wishy washy.

You just know what is the right thing to do.   We can draw a line in the sand and say no more.  Just as I did with Jerry when I just blocked his number and emails and had no further contact with him ever again.  Just walked away.  And it opened up the door to men that were emotionally available and treated me like the woman that I desired.

So, when will you start loving you?  Do the inner work?  And to draw the line in your sand… 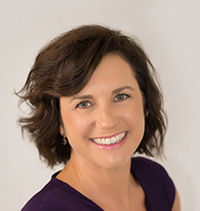 Discover A Six Step Plan to Have Your Forever Love

Sign up for this training to learn the #1 Reason you (and millions of women just like you) are struggling to find quality dates… no matter how successful, smart or good looking you are…and fill your calendar with quality dates and have everlasting love